An overview of the 2021 World Forum « Normandie for Peace » 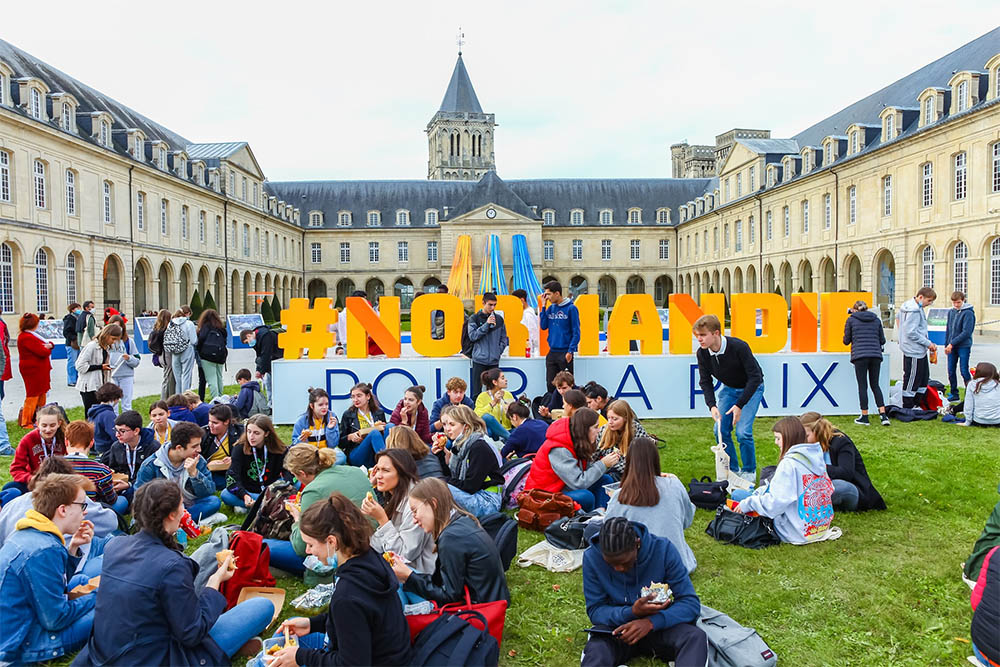 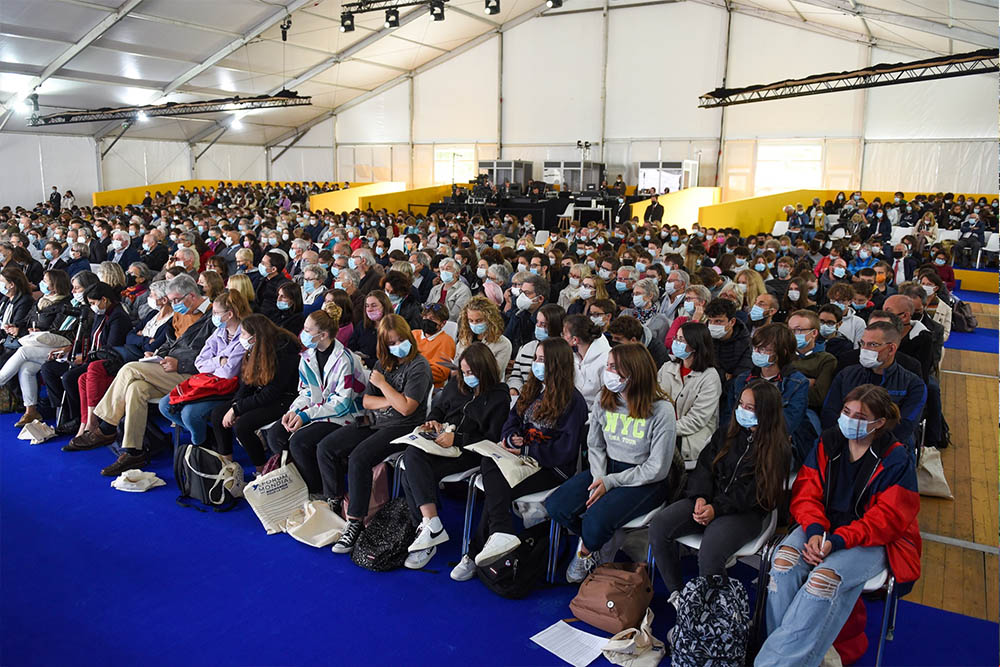 This year, once again, the different speakers at the World Forum « Normandie for Peace » issued a strong call.
Though traditional, inter-state wars have become rare, new forms of conflict are emerging. We are now witnessing the spectacle of “the Impotence of Power.” With this clever expression, Bertrand Badie, professor at Sciences Po and specialist in international relations, points out that for decades, no wars have been won, and military power has been defeated everywhere. 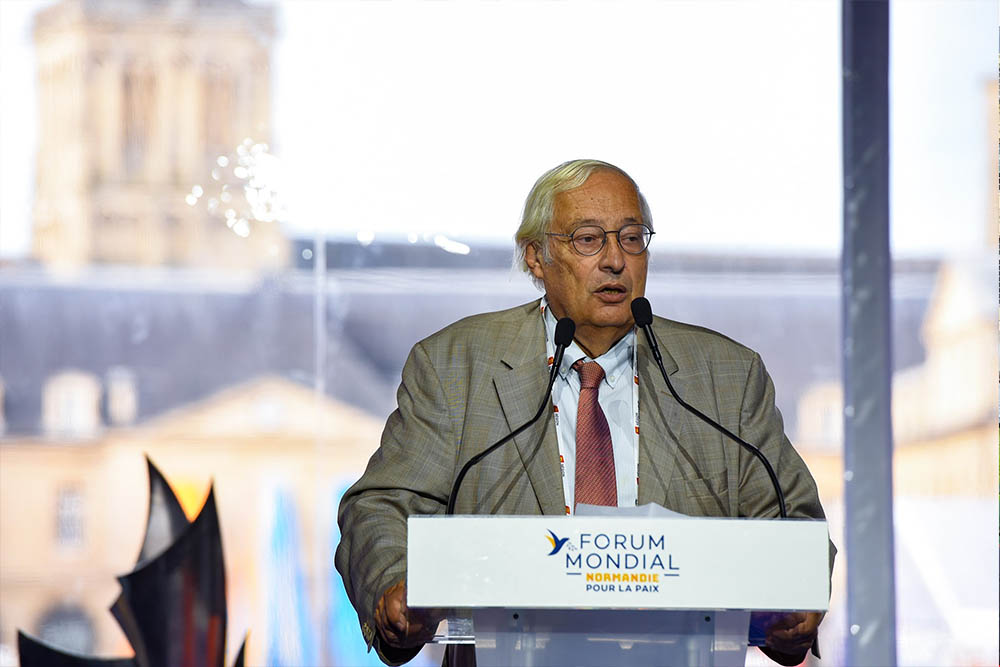 The eminent professor insists: “Lethal threats no longer come from a powerful neighbor, they come from food, environmental and health insecurity… Today’s wars no longer materialize from some strategic thinking on the part of a hostile enemy, but from a societal pathology and the malaise of suffering societies.”

See the conference: "Why does peace elude us?"

How can peace be restored? 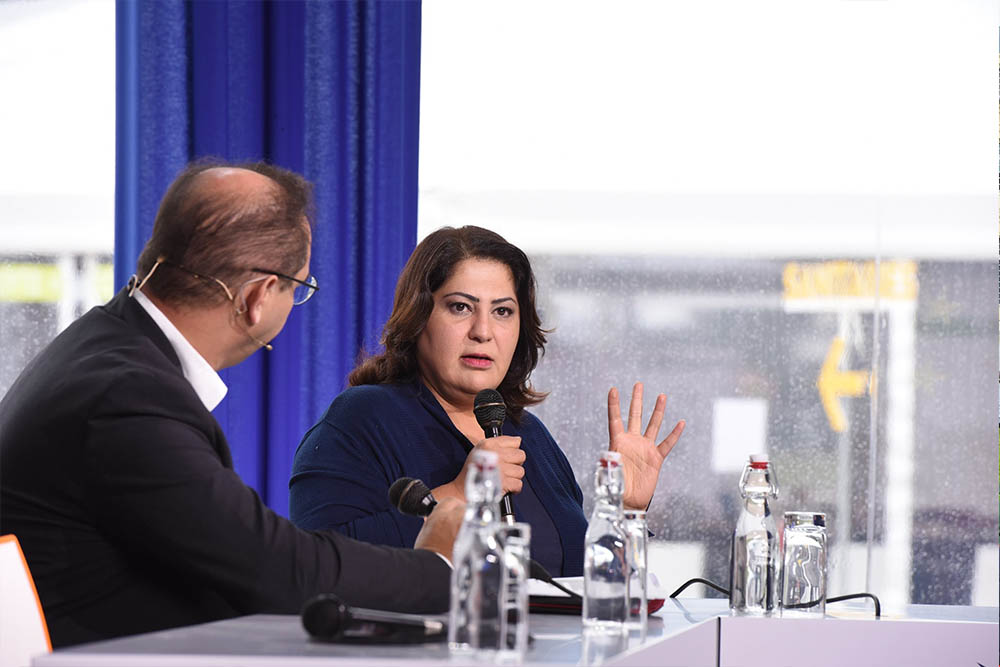 Once again subjected to the authority of the Taliban, the fate of 38 million Afghans, including 20 million women, concerns the entire world. The extreme poverty in which this people finds itself is conducive to the development of terrorism and barbarism. This is the angle from which activist Chékéba Hachemi spoke at the plenary session as part of an exceptional focus on the Afghan tragedy.

Invited by Frédérique Bedos, member of the Scientific and Strategic Council of the World Forum « Normandie for Peace », Hachemi provided an overview of her country’s painful history. Echoing the words spoken in April 2001 by Commander Massoud, whom she had long worked with, she recalled the warning to Western nations at the time about the danger of abandoning Afghanistan. A few months later, the Twin Towers collapsed south of Manhattan. In response to this testimony, the 1200 people present in the large tent of the Forum gave her a standing ovation that lasted many minutes.

*President and founder of Afghanistan libre (Free Afghanistan), multiple decorations for her commitment, Chekéba Hachemi was the first woman diplomat in the Afghan Provisional Government in 2001. She has authored several books, and is carrying out numerous projects – rights, education, rural development and health – mainly for the least fortunate women.

Building a symbiosis for a Global Peace

“Justice without strength is powerless; Strength without Justice is tyrannical. It is therefore necessary to put Justice and Strength together; And in order to achieve this, make sure that what is just is strong or that what is strong is just! “. These are the words by Blaise Pascal with which historian Nicole Gnesotto, professor at the CNAM and expert on European and international issues, concluded her remarks. According to her, the key to Global Peace lies in symbiosis, that is to say a rapprochement between democracy professionals, NGO players and environmental activists, to pave the way to greater security for nations, human beings and the environment.

From the point of view of indigenous peoples, the permanent aggression against Mother Nature is akin to a 3rd World War. Echoing the great chief Raoni who keeps proclaiming that “Without Nature, there is no Future!”, Ninawa, leader of the Huni kui people, stood up in defense of the Amazon Rainforest, the rights of which are being violated on a daily basis. He recalled the fact that forests, rivers and natural elements have value that is priceless, that they are sacred beings. According to him, we must firmly oppose this commercial vision that is destroying everything to benefit Big Capital. As a spokesman for endangered tribes around the world, this leader whose name means “father of the forest” is calling for spiritual warfare, the only path leading to Peace. 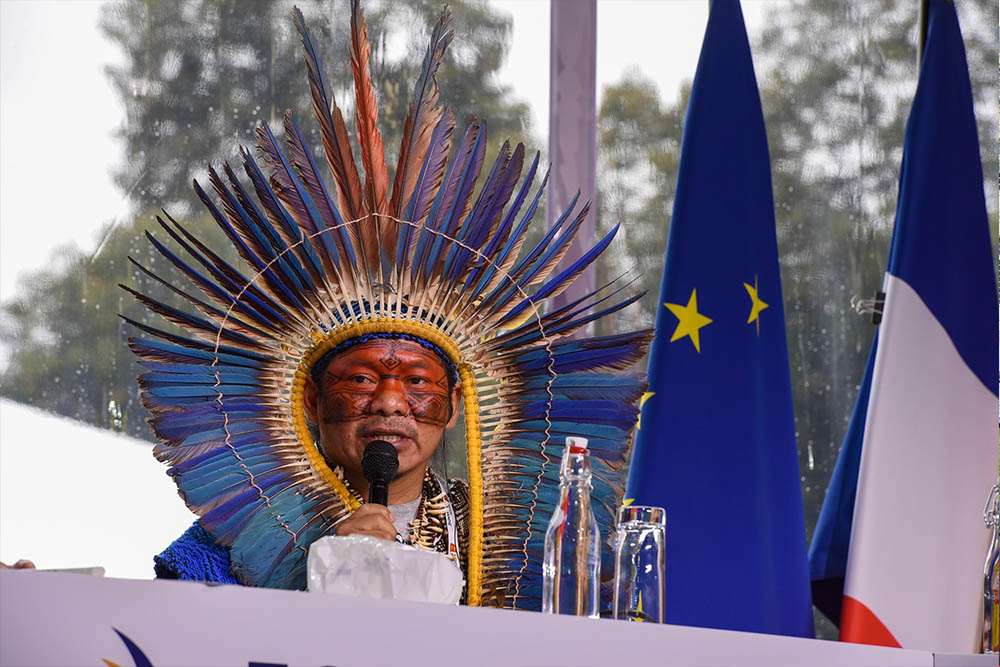 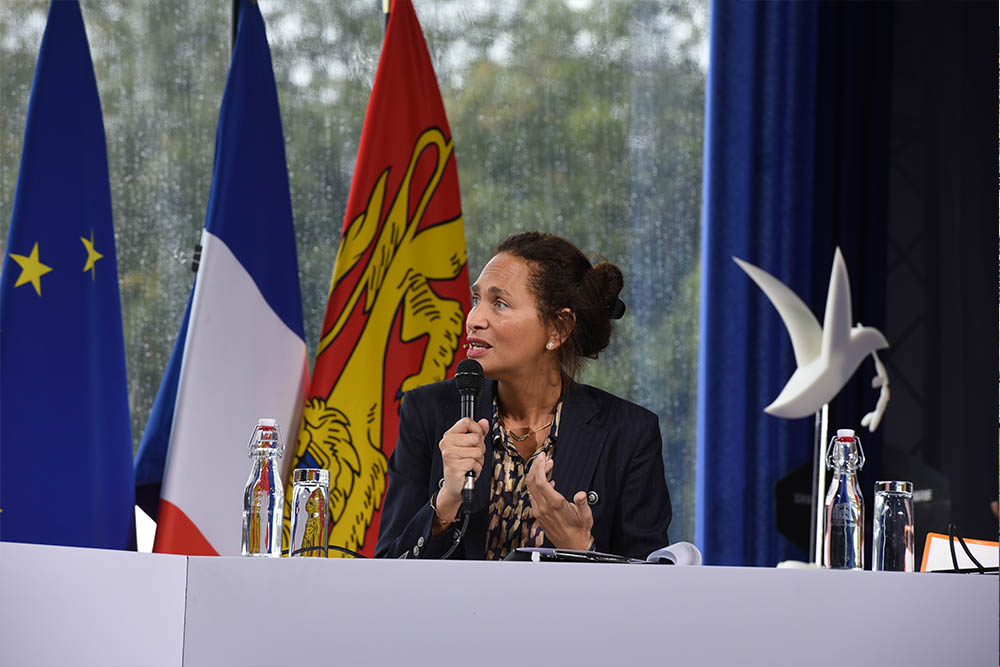 See the conference: "How can peace be restored?"

Let us rejoice at the presence of hundreds of young people among the more than 7000 visitors. Middle school, high school and university students eager to learn and understand today’s issues, they are participating in building a more peaceful world.
Spaces for exchange and dialogue were set up by Le Projet Imagine, initiator of the “Youth Debates“, a new process in partnership with the association “Demain nos enfants” (“Tomorrow Our Children”), founded by Marthe Lemelle, as well as “Les Francas de Normandie”. The theme of these meetings was: “Let’s imagine peace“. 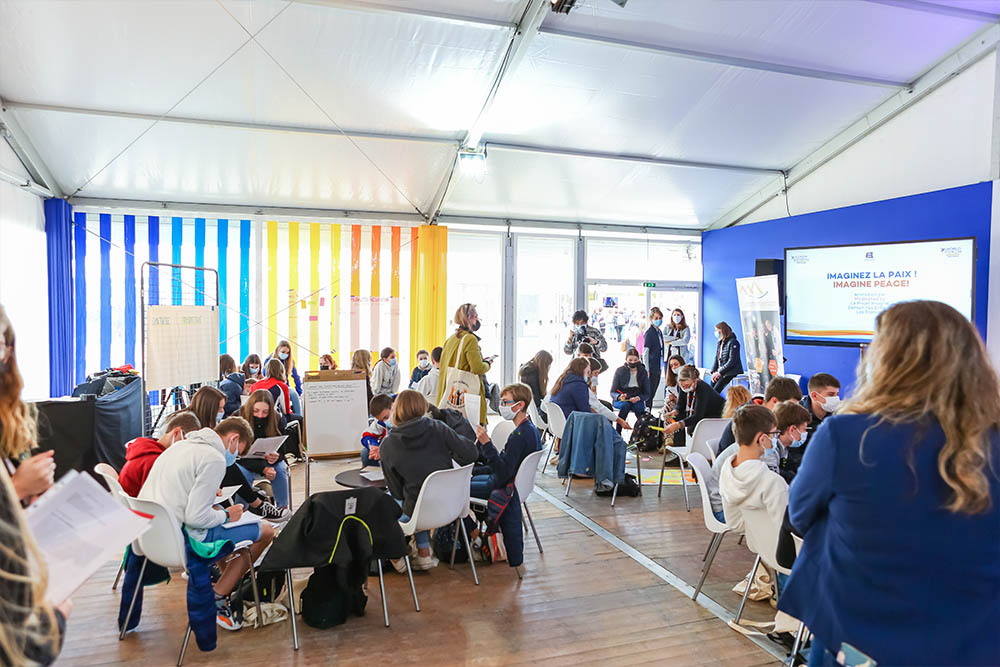 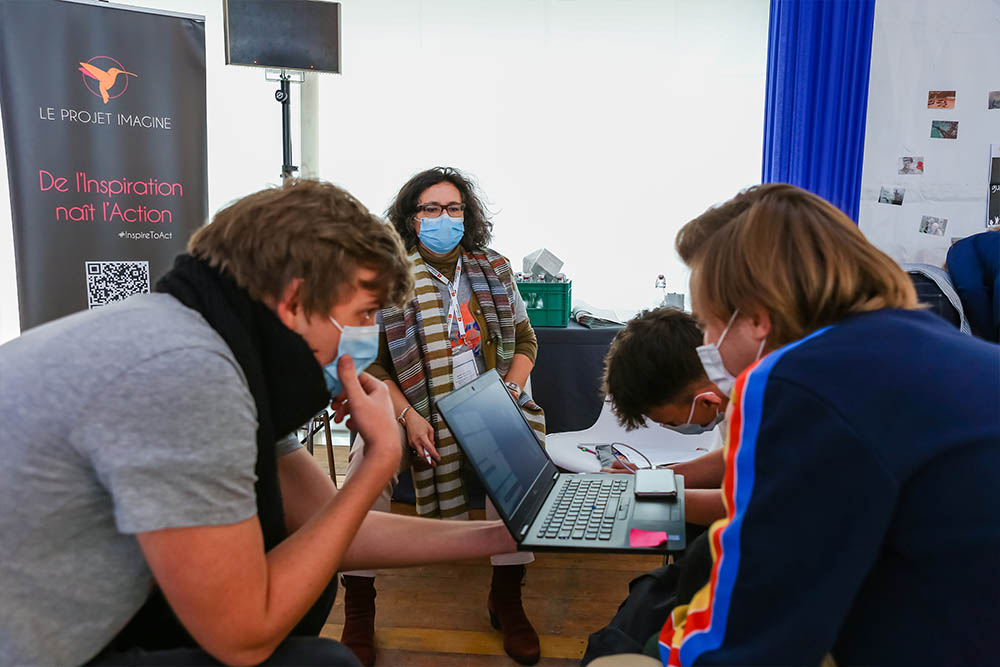 Your generosity is essential to support our mission.

Every donation is golden.
By joining forces, we will do great things together!