Producer and Film Director, Frédérique Bedos has been a journalist, Tv and Radio host, for more than 20 years, both in France and internationally.

In 2010, she created an NGO of information, called Le Projet Imagine with a powerfull motto: Inspire to Act! That NGO aims to create a movement of citizen commitment with a view to a more inclusive and sustainable society. It raises public awareness through inspiring films and involves the public in action-oriented programs that are in line with the Sustainable Development Goals as defined by the United Nations.

These programs are deployed in schools and increasingly in universities, prisons, companies and cities and prisons.

Since 2017, Le Projet Imagine is officially recognized by the United Nations.

That same year, Frédérique received the rank of Knight of the National Order of Merit. 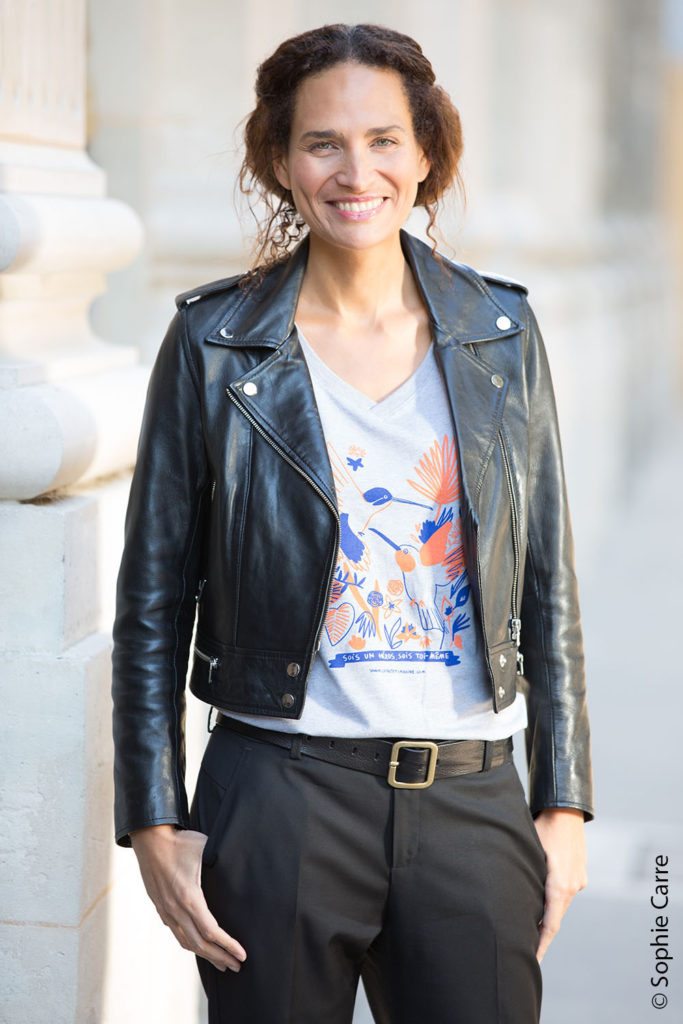 YOU’RE INVITED TO PARTICIPATE IN A GREAT HUMAN ADVENTURE!

Le Projet Imagine is an Information NGO that works with the media to raise awareness about the urgent need to save not the world but rather the beauty of the world! Because, of course, the world will survive. But what kind of a state will it be in? Herein lies the real question. Our answer is to produce films that follow the same editorial line: journalism with hope! With a friendly, benevolent and constructive outlook, our films aim to make people want to do something. Because the ultimate goal is to generate a broad popular movement that wants to invent a different way of being in the world: this is the Imagine movement.

In this TEDx video, Frédérique Bedos relies on an unusual life story to make us realize that taking risks is worth it, and that anything is possible. A powerful tribute and a genuine message of love!

In this TEDx video, Frédérique Bedos relies on an unusual life story to make us realize that taking risks is worth it, and that anything is possible. A powerful tribute and a genuine message of love!

A year later she received 2 prestigious Prizes: the “Women who make a Difference” Award granted in Miami by the powerful network “International Women’s Forum” (IWF) and “The Inspiration’s Trophy” by the french feminist association “Pour les Femmes dans les Médias” (“For women in the media”). In 2020 she was finalist of the “Prize Alice Guy” for the best French film director of the year.

As a Peace Activist, she is both member of the Scientific and Strategic Council of the World Forum “Normandy for Peace” and member of the Board of Directors of the French Institute of Restorative Justice (IFJR).

Frederique is also Doctor honoris causa and member of the Board of Directors of the Catholic University of Lille.

In 2021, Frédérique is the patron of the general public day of Soliway, the only national and cross-border exhibition dedicated to the occupations and the actors of International Solidarity.

JOIN ME IN THE IMAGINE MOVEMENT!

The change will come from us and that is good news! No more feeling helpless and getting depressed about it. Time to get going!